Psychedelic research catches up to decades of lost potential

Alcohol use disorder (AUD) is a chronic brain disease marked by a pattern of alcohol use. It may include problems with controlling drinking, a preoccupation with alcohol, continuing to use alcohol even when it causes problems, drinking more alcohol to get a certain effect, or having withdrawal symptoms when one rapidly stops drinking. AUD encompasses conditions we refer to as alcohol abuse, dependence, or addiction, and alcoholism.

Alcohol can be considered one of the most harmful and costly drugs in Canada, associated with an estimated 18,320 deaths in the country and $5.4 billion in health care costs as of 2017. Up to 18 percent of Canadians ages 15 and older are affected by AUD in their lifetime, and the disorder affects just about everyone indirectly.

People with AUD are compelled to drink, drink too much, or are unable to stop, even if it results in them losing a job, home, or family.

AUD is only just being treated as a medical condition. Health care providers can prescribe six different medications to patients to help them heal the brain and reduce cravings and withdrawal symptoms so people with AUD can choose not to drink or drink less. If one medication doesn’t work, patients may find success with another. Although the medications exist, studies show that few care providers offer treatments to patients.

The potential to treat alcohol use disorder using psychedelics

AUD is a brain disease. We know that psychedelics affect the default network of the brain by calming it and changing its connections and oscillations. So psychedelic use—perhaps coupled with psychotherapy—could potentially curb AUD in the long term. From the 1950s to 70s, psychedelic drugs were studied for their potential to help people stop problematic alcohol consumption. The research focused primarily on the effects of LSD, which seemed to help curb alcohol addiction, though not consistently. Scientists are once again exploring the potential of psychedelics to be useful tools in combatting addiction.

Mimi Walters, a former Republican congresswoman, shared the story of how a close family friend was able to recover from alcoholism with the help of psilocybin. “Somebody who’s very close to our family was an alcoholic at the age of 15 years old, and he tried everything he could in order to overcome this disease and he wasn’t successful,” Walters said. She said he was invited to participate in a study at NYU “to help him kick his addiction of alcoholism.”

In a 2019 study, researchers used an anonymous online survey of individuals with prior AUD to report a cessation or reduction in alcohol use following psychedelic use (of LSD or psilocybin) in non-clinical settings. Almost all the study participants indicated a significant reduction in alcohol consumption after the psychedelic experience, from approximately 26 drinks weekly to four. Eighty-three percent of participants failed to meet the clinical threshold for AUD following the psychedelic experience. It also appeared to prevent relapse of alcohol use years after the experience.

“When you talk to someone who has managed to overcome addiction, they often talk about who they had to answer big picture questions that connect to what’s important in life,” said Dr. Matthew Johnson, associate professor at Johns Hopkins University School of Medicine, in an interview with Inverse. “Psychedelics prompt those kinds of questions. Even though we have a lot more to explore, I think it’s likely that it’s the intense nature of the drug’s psychological experience that’s underlying its high success rates.”

A study is currently underway at The Neurobiology Research Unit at Copenhagen University Hospital Rigshospitalet to assess the feasibility and safety of administering a single dose of psilocybin to patients diagnosed with AUD. Investigators will also establish the pharmacokinetic properties of the active metabolite psilocin. This is the first step in a research project with the aim to evaluate the efficacy of a single psilocybin administration as an intervention for treatment of AUD.

Florida-based Psilera Inc. is working in collaboration with the University of South Florida to conduct the first in vivo screening of psychedelic-inspired new chemical entities (NCE) including the psilocybin compound mimic psilacetin (“4-AcO-DMT”), with the goal of helping those struggling with AUD. 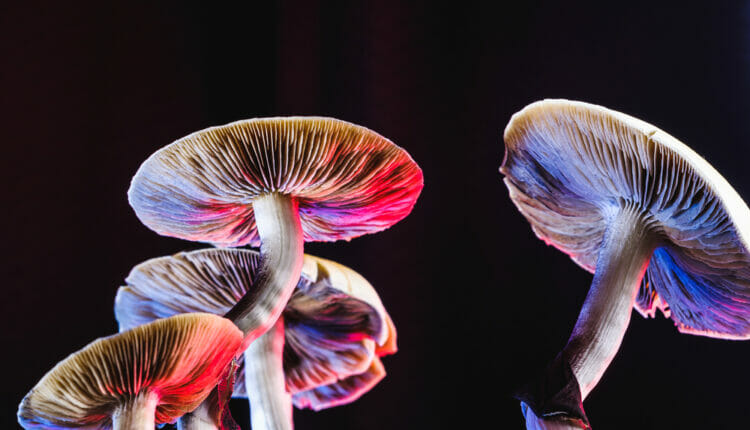 Dr. Jackie von Salm, co-founder and CSO of Psilera, told Benzinga: “We consider this an important step towards our understanding of psychedelic and psychedelic-inspired compounds, and their potential as future medicines in the field of addiction.”

She continued: “The growing prevalence of alcohol use disorder, especially in conjunction with the pandemic, needs to be addressed as the current methods of treatment are outdated and insufficient.”

“The evidence of increased alcohol use during this ongoing pandemic is startling. For so many individuals and families, Alcohol Use Disorder can be disruptive, even devastating,” stated Doug Drysdale, Chief Executive Officer of Cybin.

He continued: “We are optimistic that CYB003 could have the potential to improve the lives of AUD sufferers and their loved ones by providing a durable respite from alcohol dependence and the potential to overcome this often-crippling disease.”

The company is confident that its NCE, CYB003, could be an ideal investigational new drug candidate for a future AUD clinical trial once pre-clinical data has been collected.

Clearmind Medicine Inc. is focusing on the discovery and development of novel psychedelic-derived therapeutics to solve widespread and underserved health problems, including AUD. One of its two patents covers multiple binge behaviours such as alcohol consumption. Its primary compound is 5-Methoxy-2-aminoindane (MEAI), a psychedelic-derived therapeutic used to treat AUD.

While patents on psychedelic compounds are a controversial issue, there is growing evidence that psychedelics are useful to treat AUD and other disorders.

The recent studies involving participants suffering from AUD and the confidence that pharmaceutical companies have in bringing psychedelic medicines to market are promising.

“There’s incredible potential here,” Dr. Johnson said. “So far, it’s a good bet that these tools will be broadly applicable to a number of disorders.”

With more education on what AUD is and how people can access medications to treat it, perhaps this particular disorder can become a thing of the past.