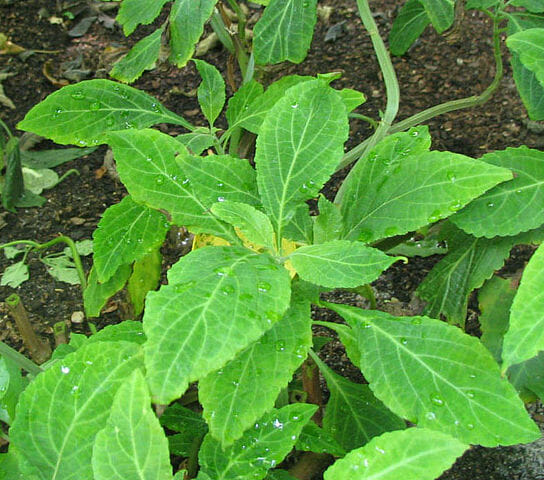 Also called diviner’s or seer’s sage but commonly referred to as salvia, salvia divinorum — a plant in the mint family — has been cultivated and used by the Mazatec Indians of Mexico for centuries in divination and healing ceremonies, to treat anemia, rheumatism, head or stomach aches, and diarrhea. It has also been used to relieve digestion, menstrual cramps, and eczema.

The fresh or dried salvia leaves can be ingested orally, chewed, or most commonly, extracted and smoked in pipes or water bongs. Users report having a sense of increased aesthetic appreciation and synesthesia, and feelings of insight and calmness.

Salvinorin A, the psychoactive ingredient, may induce body warmth, hallucinogenic or dissociative states, memory recollection, visions of geometric shapes or dream-like landscapes, spiritual experiences, changes in perception and mood, and create sensations of pressure, floating, merging with objects, and being pulled, twisted, or flipped.

Some may even move about spontaneously during the experience without knowing, and others experience repetitive or circular motions.

Effects are felt as soon as a few minutes and can last for hours, depending on the method of consumption.

Negative effects — which are more easily produced with potent extracts — include erratic or violent behaviour, chills, difficulty concentrating or integrating experiences, panic attacks, paranoia, agitation, loss of motor control or vision, dizziness, slurred speech, fatigue, flushing, amnesia, decreased heart rate, and spatio-temporal dislocation, in which the user feels transported to an alternative time and place, or has a feeling of being in several locations at once.

Salvia is found in the Sierra Mazateca region of Oaxaca, Mexico. It is illegal in many countries and in 13 states in the USA, while other places vary in legislation regarding possession and trade. 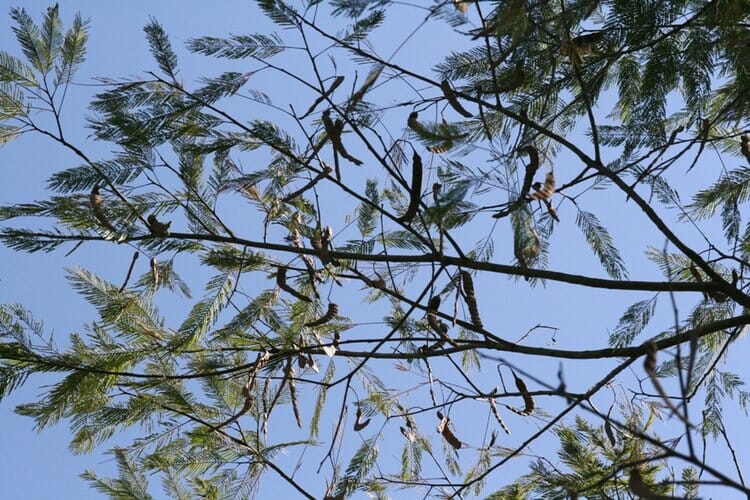 Yopo, a perennial tree native to the Caribbean region and South America, was traditionally used by indigenous peoples of the Brazilian and Caribbean Amazon for over 4,000 years. The Piaroa tribes of Venezuela would use yopo to forecast crop harvest, enemies, and other cultural matters, and treat sickness.

Yopo is a snuff made from the ground seeds of the tree and various plants, and was traditionally used along with ingestion or chewing of the caapi vine used for ayahuasca.

The snuff causes pain in the nostrils. The active ingredients, dimethyltryptamine or DMT, and the alkaloid bufotenin, induce a dizziness and sometimes physical and energetic purging by vomiting, within 10 minutes.

Users will then experience a deep internal meditation in which they see their true selves, go on interstellar trips, or have visions of mandalas, crosses, or the jungle. The trip typically lasts 45 minutes, followed by a sense of peace and a willingness to share meaningful conversations.

Users report feelings of self-realization, appreciation and understanding, and pure love for people. Negative effects include nausea, itching, and restlessness.

Possession of the yopo plant is legal, though human consumption is banned in some places, and bufotenin and DMT are illegal substances in most countries. 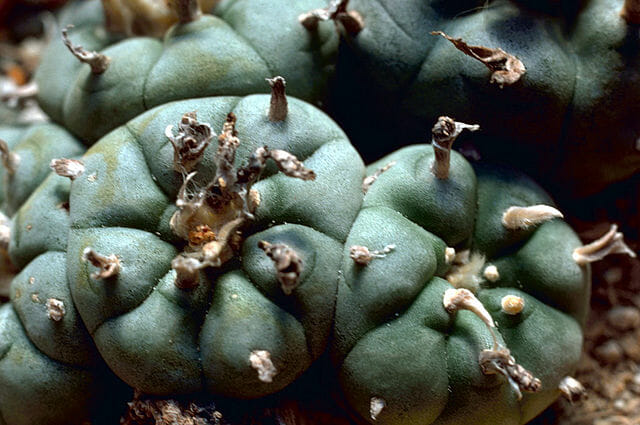 Also known as mescaline cactus or mescal buttons, peyote is a cactus plant that has been used for thousands of years by indigenous Native American and Mexican groups for healing.

The disc-shaped peyote buttons found on the plant can be dried and chewed, ground into a powder for capsules, smoked with other substances, or made into a liquid for drinking.

The active ingredient in peyote is a psychedelic compound called mescaline, and may induce nausea, vomiting, increased body temperature, hallucinations, impaired motor function, euphoria, and anxiety. Effects are felt two hours after consumption, and last up to 12 hours.

It can be found in the southwest region of the United States (Oklahoma, Texas) and Mexico. It faces endangered status due to over-harvesting and loss of natural habitat.

In Canada, mescaline is a Schedule III controlled substance, but use and possession of peyote is legal. In the USA, mescaline is a Schedule I addictive drug and possession is illegal, though Native Americans were given the right to use it for religious services through the American Indian Religious Freedom Act of 1994. Similarly, countries with traditional or religious usage are permitted use by the United Nations. 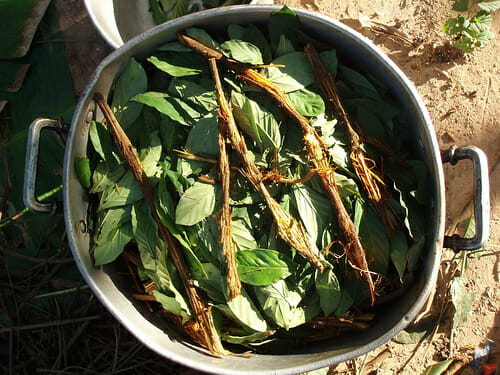 Also referred to as yagé, ayahuasca is a brew made out of the Banisteriopsis caapi vine native to the Amazon region, containing several alkaloids that act as Monoamine oxidase inhibitors (MAOIs). It includes other ingredients such as the shrub chacruna/chacrona (Psychotria viridis), which contains the psychoactive ingredient DMT. Indigenous groups have used ayahuasca for thousands of years.

Ayahuasca induces visual, audial, and emotional hallucinations. Mental, emotional, physical, and spiritual effects are felt as soon as 30 minutes and up to eight hours after consumption.

Ayahuasca is typically offered as part of a ceremony in Amazonian countries such as Peru.

It remains illegal in most countries. 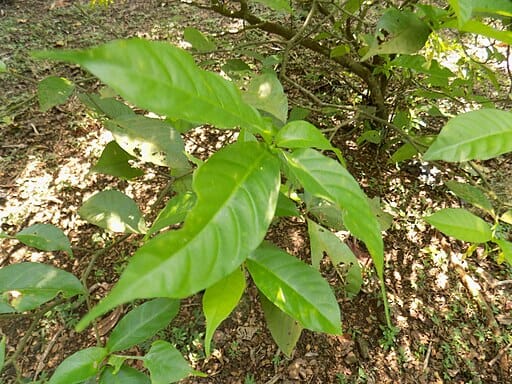 Native to West Africa, iboga is a shrub that may have been used for thousands of years by native groups of Gabon during rituals and tribal dances.

The alkaloid ibogaine is found in the highest concentration in the root bark of iboga. When the bark is chewed, the ibogaine causes an anesthetic sensation in the mouth and numbing of the skin. In small doses, iboga produces a stimulating effect and sense of alertness. In higher doses, it induces visual hallucinations and altered states of consciousness, similar to dreaming.

Effects can be felt from four to 24 hours after ingestion.

Iboga is illegal in the USA and certain European countries. Though ibogaine treatment clinics exist in certain countries, they operate in a legal grey area due to the risks involved in the lack of supervision or proper care in non-medical settings. 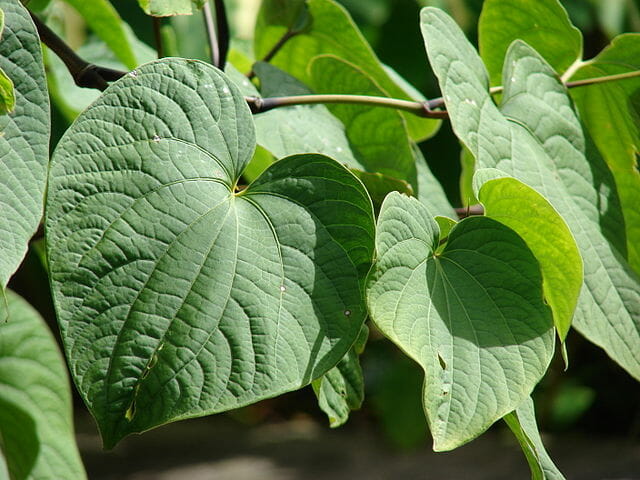 Also called kava kava, this plant is found in Polynesian islands such as New Guinea and the Philippines.

Indigenous people used kava in ceremonies medicinally, or to create altered states of consciousness. Traditionally, the kava root is chewed, ground or pounded into tea, made into a paste, and/or mixed with water or coconut milk. Pharmaceutical and herbal companies have manufactured kava into tablets and tinctures.

Kavalactones, the active ingredients in kava, induce a calm, euphoric, and sedative effect. Users may feel a numbness in the lips and tongue a few minutes after consumption. It is also reported to relax muscles and relieve ADHD, stress, anxiety, pain, seizures, and PMS.

However, there have been over 100 reports of kava causing liver damage. Additional symptoms include headaches, fatigue, diarrhea, nausea, numbness, tremors, weight gain, jaundice, rashes, depression, and fever. Long term, it may also cause eye or heart problems.

Kava is legal in most countries, though specific countries have established regulations around possession, consumption, and sale.